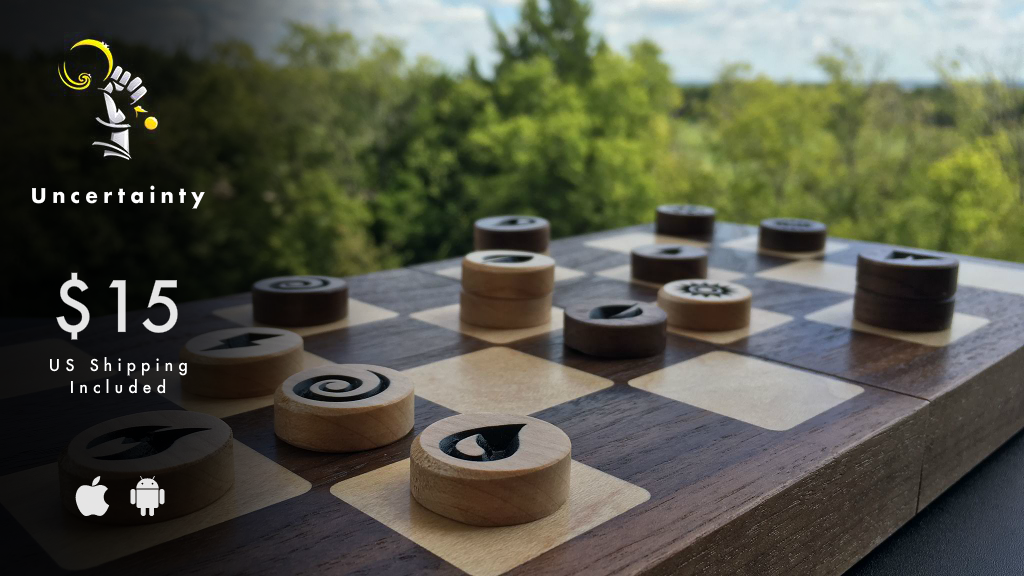 Uncertainty is a strategy board game where the identity of your tokens are unknown to your opponent.

Uncertainty is a unique playing experience that combines the use of a physical board and tokens with a mobile app, introducing exciting gameplay mechanics and emergent strategies otherwise impossible in a tabletop game.

Each player starts the game with 8 tokens on their first two rows of the board. Using the Uncertainty app, both players secretly assign a King and seven other characters to their 8 tokens, which may be arranged in any order. Once both players have assigned their characters, the game is ready to start... 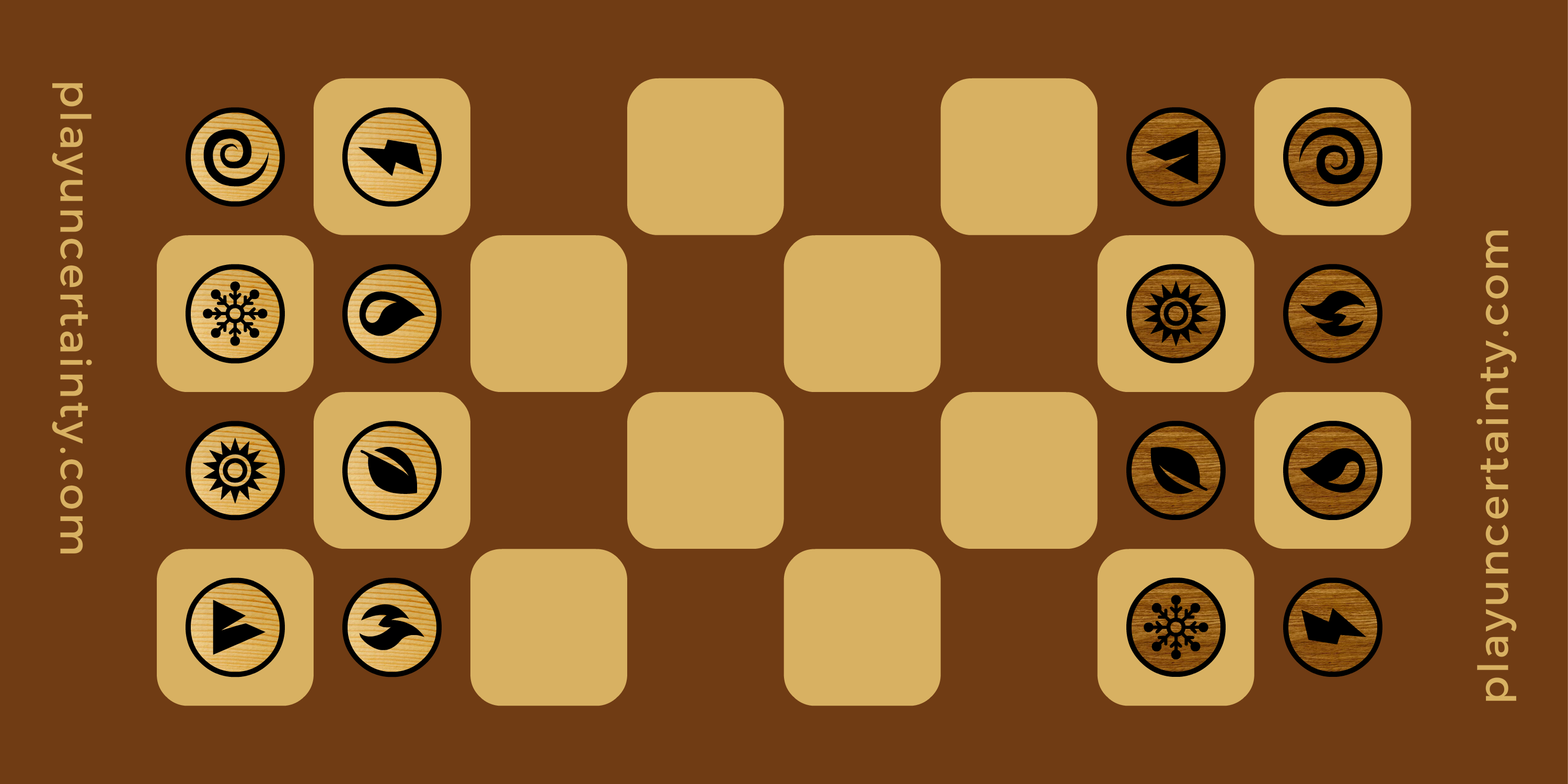 Players take turns moving, and possibly attacking, with one token per turn. To make an attack, a player inputs their attacking token and the opponent's defending token into the app. After the defending player confirms it's a legal move, both players' apps show the results of the attack, revealing the identities of both tokens and any that were captured (to be removed from the board). The first person to capture their opponent's King wins. 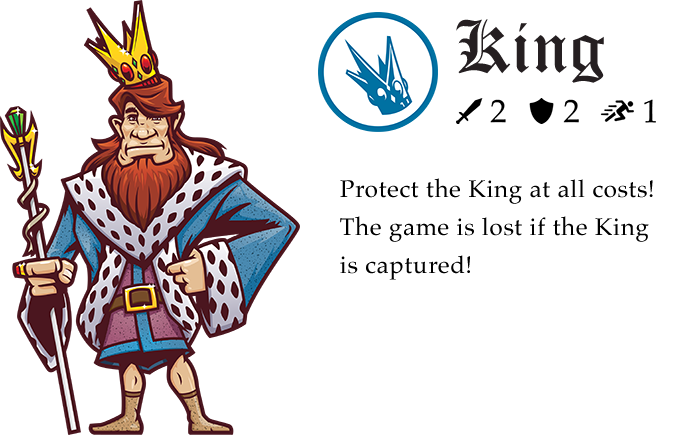 After assigning their King, each player must strategically choose their seven remaining characters from the list below (please excuse the gray character icons... upon successful funding, all artwork will be completed by the same artist who did the illustrations and icons for the King and Knight). Players will use their entire army to protect their King and lead an assault to capture their opponent's King.

Tapping on a character will display the full-screen view shown below on the right, which explains the abilities of that character in detail.